Archive for the ‘bird feeders’ Category

>This Is Really Amazing

>Really Amazing!!!!
The following, including photos, is from my good friend Lee Eshbaugh who lives in Windermere, Florida:
“This is something I have never seen before, or ever even heard of. This lady lives in a Hummingbird fly zone. As they migrated, about 20 of them were in her yard. She took the little red dish, filled it with sugar water and this is the result.
The Woman is Abagail Alfano of Pine, Louisiana – she has been studying them daily and one morning put the cup from the feeder, with water in it, in her hand; as they had gotten used to her standing by the feeder they came over to her hand. She says in touching they are as light as a feather. Abagail also said, ‘if she had known her husband was taking pictures she would have put on makeup.'” 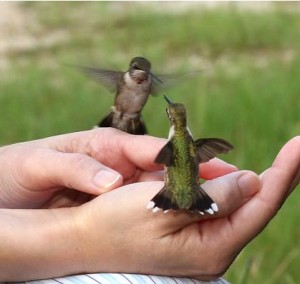 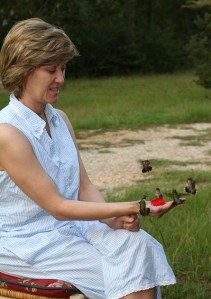 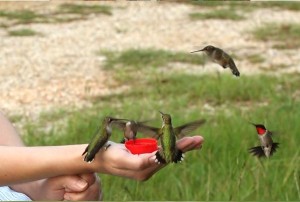 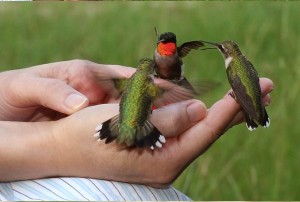 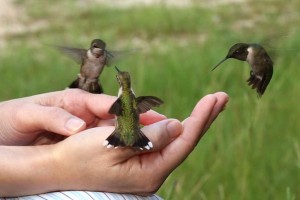 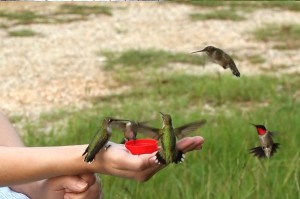 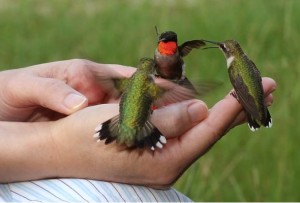 Pretty neat, huh?
“Courage does not always roar. Sometimes, it is the quiet voice at the end of the day saying…I will try again tomorrow.”

Does anyone feel that the above is trick photography or not real? I would like to stimulate conversation about this. I believe it is real, but how did it occur? What do you think? Humingbirds don’t ever land on people? Or do they. What say you?
Do we have some bird experts–or preferably, bird watchers–that would dare give their opinion on how this was possible?
COMMENT, PLEASE…..

Much to be Shared with Billions of People Worldwide