Archive for the ‘bras’ Category

>Not Much Separates The Sexes 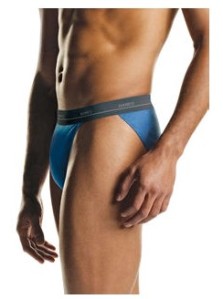 If Your Bra Doesn’t Fit, Go Shopping
If you are a woman, and you are wearing a bra, you are probably wearing the wrong size one.

That’s what they say. According to “experts,” “industry studies” and “surveys,” anywhere between 70% 85% of women are treating their breasts badly, either shoving them into too-small cups or allowing them to float freely in a draping sling.

The statistic’s origins are murky — some cite a Victoria’s Secret poll, others something from the Wacoal brand. But it has been quoted back to me by friends, colleagues, interns. It sounds true. “Eighty percent of American woman are wearing the wrong bra” is the “more likely to be killed by a terrorist than get married” statistic of the new millennium.
See the entire story

Much to be Shared with Billions of People Worldwide