Archive for the ‘MIG-29’ Category 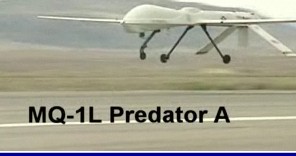 TBILISI (AFP) — Russia’s pro-Kremlin media chastised Black Sea neighbour Georgia on Tuesday over claims by Tbilisi that Russia had shot down a Georgian spy plane over one of Georgia’s separatist territories.

“Georgia has again tried to shift the blame for its own internal headache onto the healthy. And once again it is Georgia’s military spearheading this campaign,” commented state newspaper Rossiyskaya GazetaThe Izvestia newspaper took a similar line, saying that “the Georgian authorities once again are blaming Moscow for all their misfortunes.”

Izvestia said there were inconsistencies in Georgia’s account, principally an early Georgian denial that one of its drones had been flying over Abkhazia.

The mass circulation tabloid Komsomolskaya Pravda suggested Georgia had made up the accusation after Russia moved to partially lift an economic embargo on the neighboring state.

Georgia on Monday accused Russia of committing “an unprovoked act of aggression” after alleging that a Russian fighter jet shot down an unmanned Georgian aircraft over the weekend .Moscow immediately denied the claim and Russian President Vladimir Putin expressed concern to his Georgian counterpart Mikheil Saakashvili about Georgian military flights over the separatist region of Abkhazia.

In a nationally televised address, Saakashvili accused Russia of “an unprovoked act of aggression against the sovereign territory of Georgia.”

He said Georgia, a former Soviet republic, had verifiable evidence that a Russian MiG-29 had shot down a Georgian reconnaissance drone over Georgian territory on Sunday.

Georgia’s allegation came amid spiraling tensions between Moscow and Tbilisi over Russia’s support for rebel separatists in Abkhazia and another breakaway region, South Ossetia.

“I think at the moment, it looks pretty clear that what the Georgians are saying is true,” the official said, speaking on condition of anonymity.

Saakashvili said he had called Putin and during a “difficult conversation” demanded that Russia end its support for Georgian separatists and “stop attacks on Georgia.”

Russian Air Force Commander Alexander Drobyshevsky denied the attack, telling the Interfax news agency: “There were no flights on April 20, when the Georgian aircraft was gunned down. Air force pilots had a day off.”

The Kremlin said that during his conversation with Saakashvili, Putin had “expressed his perplexity over the fact that the Georgian side is organising military flights over the conflict zone.”

The Kremlin statement did not explicitly deny the incident had taken place.

Georgia initially denied reports Sunday that rebel forces in its breakaway region of Abkhazia had shot down an unmanned drone, with Georgian officials saying the country did not possess the type of plane. Abkhaz officials previously claimed to have shot down a Georgian reconnaissance drone on March 18.

But in a statement released late Monday, the Georgian government said that the Russian plane had “blasted a Georgian unmanned aerial vehicle (UAV) from Georgian airspace” while it was “conducting routine surveillance above the breakaway Georgian territory of Abkhazia.”

“Radar tracking and video transmitted from the UAV in the moments before its destruction confirm the details of the attack,” the statement said.