Archive for the ‘Rent’ Category

>Why Own A Home, Anyway?

>There are those in our country, mostly the counter culture, who question the advisability of owning a home. I don’t endorse those ideas–that renting is better–but there are times, such as right now, when we can all sit back and wish we had been renters instead of owners.

It goes like this: A lot of folks have looked at the horror stories of entire towns collapsing, 750-home megadevelopments sitting vacant during the most severe downturn in new-home construction in a hundred years.

The problem with this kind of thinking is that it is born on the heels of the financial downturn, thus equating a market downturn with the advisability of home ownership. Its a non sequitur.

Mark and his ilk believe that owning a home is “just a little bit insane.”
He once read someone he can’t quote exactly because he’s forgotten the quote and who made it. But this non substantiated quote and statistic goes like this:

“The hard fact is, at any given time, no more than about 50 percent of the American population should own their own homes, at the very most. Everyone else should rent. Or live in a van.”

The person who said it also says that any more than 50 percent ownership — the current rate is about 85 percent for married couples with kids and 70 percent for everyone overall — is fiscally irrational, actually does more harm than good to the economy, and that millions of Americans who own right now would’ve been far better off never buying at all (and not merely because all the foreclosures and lending debacles).

“Could it be true?” Mark asks. “That maybe a large part of our current housing woes are at least somewhat attributable to this borderline pathological need so many of us have to go into massive debt for the majority of our adult lives, just so you can have your own little box to destroy or rearrange or paint any color you want, so long as it’s beige or gray or creamy eggshell white?
“Just before lightning struck him dead on the spot for daring to question one of the Great American Commandments, the economist concluded that that maybe this housing meltdown will, among other upheavals, teach millions of Americans a radical new truth: that buying a house is no more a prerequisite to achieving the American Dream than is, say, opening your own steakhouse or marrying a porn star or hoarding piles of stock in GM.”

Now it comes out. Mark admits to being a life-time city dweller/renter who suddenly has a brain shot and thinks he recalls hearing it for years, that renting is often better than buying. I guess it depends on the person’s ability to come up with the necessary down payment and his persistence in keeping a job and making the payments. But over a vast number of years, it has been proven and proven that a house is the best investment a person can make–in fact for most people, their only investment and source of income when they retire.

Sure there’s hassle and work to own a house. You need to repair cracked foundations and concrete walks from time to time. You need to clean and repaint to keep the house up. And I guess renters never clean?

He continues: “And why don’t we imagine it? Why is owning a home still considered such a prize, such a cornerstone of what it means to be a victorious American? Simple: because that’s what we’re taught.”
Here he goes on one of his Gay Rights tirades that neatly dovetails into renting. He says home ownership is “tattooed into our psyches from birth that a successful society absolutely depends on community, nesting, home ownership to survive and flourish. It’s one of the three Grand Directives of Socioeconomic Health, right after getting married and having kids (or, if you’re feeling cynical, you add: Get divorce, sell house, resent kids, die alone in Florida. Gosh, you’re bitter).”

He is really bitter about losing Prop 8 in California. There are now 40 states that have some form of marriage definition and it doesn’t bode well for Gays and renters, I suppose.

“Follow these directives well, good citizen,” his tirade goes, “and get your reward, straight from the government and the approving church down the street. Tax incentives, write-offs, free credit, equity buildup, blessings from God himself. Choose to rent for your whole life and move around a bit and never breed? You get nothing, sinner.
“It’s true. To defy any of these rules of “healthy” society is not only punishable by banishment from the Garden of Normalcy, but it’s widely considered just a bit … immoral. Live together without marriage? A sin. Birth control? Still a sin (such a cute one, too). Renting instead of buying? OK, not technically a sin, but to never feel a need to buy a home because you enjoy being fluid and experimental and transitory? Sure. Something is clearly wrong with you. Better go live on a commune in Marin, hippie.”
Now we know why the Gays congregate to the city. They are not the type who love to own a home with grass out front. Likes attract likes.
“I can’t count how many friends I’ve known over the years,” he says, “who say they absolutely love living in the city, but as soon as they get married and/or have a child, something clicks and their eyes get that look, and suddenly they decide they must move to suburban Ohio because, you know, that’s where we can afford to buy a house.”

Now he seems to get real: “Of course, there are many other very important factors at play: space for the kids, tolerable schools, lower taxes, safer neighborhoods, fewer bullet casings and used condoms in the sidewalk, and so on. I get it. But this only explains the need to get out of the City. It still doesn’t explain the urge to buy.)

“Here’s the new wisdom: Social demographics are changing. Family dynamics are shifting. The new data reveals that we are an increasingly fluid, itinerant culture, no longer nearly as rooted to specific towns and neighborhoods as we were 50 years ago. The swell, rose-colored Norman Rockwell image of Americana, all porch swings and free parking and kids riding Big Wheels on the sidewalk next to neighbors who’ve lived on the street since the Eisenhower administration? Fading fast, if it ever really existed at all. 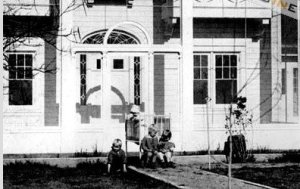 “It’s not easy to unpack. It’s not easy to see the new perspective. For one thing, homes can be tremendously cool. I imagine designing your own to be the most gratifying form of self-expression, while providing a vital connection to place.

“What’s more, renting goes directly against our capitalist ethos. People like to own stuff, Americans especially so. Especially Americans who still have a sense of entitlement like no other species on the planet today except maybe Saudi sheiks and celebrity Chihuahuas and Mary J. Blige. 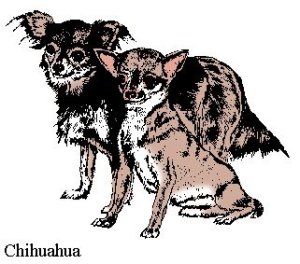 “I’ve often felt the pull myself, have noticed that significant part of me that admires beautiful architecture and design, and often wants very much to invest in a beautiful space of my own and have the freedom to do with it what I want, some sort of gorgeous Dwell magazine fantasia that requires about three million and a revolving account at Roche Bobois. Someday, someday.

“But it’s certainly worth reconsidering. It’s worth pondering that, in this time of tremendous upheaval and mandatory change, maybe we’ve been thinking about our identity, about the required ingredients for the American Dream, all wrong. And maybe owning a home, right along with buying an American car, is one of the great myths that’s overdue for a revolution.”