Archive for the ‘www.cartoonstock.com’ Category

>Men And Women At Home 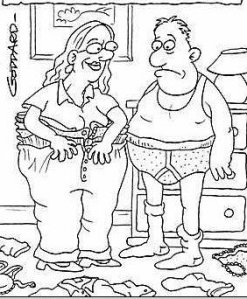 Men and women differ in many ways, but it is especially true in a business setting where men are more competitive, women better able to multi-task.

Women want to be heard and men frequently zone out and/or fidget. Whatever the differences in business, you will find the same differences in a husband-wife relationship. The multi-tasking feature of most women is a strong point of modern-day homemakers.

The old image of the man dragging the woman around by the hair today is pas·sé. If anything, the roles have changed and women have charged into the 21st Century with more authority than men at home.

Can you imagine a husband at home trying to manage a household–and many do just that while the wife brings in the big bucks–and do the many things his wife does, which could include preparing meals, shopping, carpooling, cleaning, getting kids to their after-school places, and finding time to love and sometimes placate a wife who isn’t home much?

Women do this all the time, but men are just no substitute a woman in the house.

But today, women are challenging men in the workplace, and often winning the chief executive positions such as Meg Whitman at E-Bay, requiring the men–some of them very egotistical–to go against their natures and learn to work for a female. (Actually, Meg Whitman stepped down as CEO in March, 2008, a position now occupied by John Donahoe).

Sometimes, as in the case of Carly Fiorina, it doesn’t work out. This highly intelligent woman ran HP’s stock down 50% with an imperial ruler type leadership. Her first (and only) CEO gig and she was fired by the HP board.

To succeed at working for a women, the man must change relationship perspectives. Many men are not good at playing second-fiddle to the woman, even at home, but especially at the office and this has been a cause of much friction and stress at work and divorce at home.

But psychologists tell us there is a trend going on in the world favoring the wives over the husbands. In many homes, if not most, wives are the dominant player and men take a more relaxed, recessive role and seem to like it that way. Men might throw their weight around at the office, but at home, women are the bosses. One wonders if with women taking on added stress we will see a reversal of male-female longevity where today women outlast men by four or five years.

A study, which was just released, finds that wives have more power than their husbands in making decisions and dominating discussions. Why is this the case? “Women are responsible for overseeing the relationship, making sure the relationship runs, that everything gets done, and that everybody’s happy,” Murphy said. 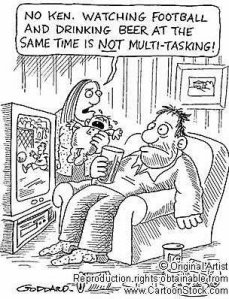 Wife power could signal a harmonious couple. “There’s been research that suggests that’s a marker of a healthy marriage—that men accept influence from their wives, " Murphy said.

"The study at least suggests that the marriage is a place where women can exert some power," said lead author David Vogel, a psychologist at Iowa State University (ISU). "Whether or not it's because of changing societal roles, we don't know.” But that's the trend.

This is a complete role reversal of traditional homes years ago where it was understood that the man would make the final decision, kind of a throwback to caveman existence where women were gatherers and nurturers, and men were hunters, protectors, and decision makers.

But in much of today's world, men and woman stand together in decision making, and many of them go shopping together as often as possible-- or the woman has gained a position just a step ahead of the man. It is not uncommon for the man to change the diapers and do some cooking. And in those homes the men don't seem to mind, because their time is well taken up at work and in the little sideline release activities that they participate in, such as getting out with the boys once a week, golfing, watching TV and stadium sports, relaxing from work, desiring most of all to hold together fragile marriage relationships where divorce just can't be seen as an option because of the debilitating effects on children and marriage partners.

In a subsequent report we will deal with the strengths and weaknesses of men versus women in business. Cartoons by permission of WWW.cartoonstock.com

All the best in news, advice, and that which makes you happy.